The Montello hill, also known as Bosco della Serenissima, is about 20 km from Treviso and has in store a large variety of historical-naturalistic trails, which can be explored either by car or by bike.

WWI deeply marked this area, so much so that scattered among the various strade di presa (such are called the trails on the Montello) you will find several monuments dedicated to it. The memorial to Francesco Baracca, via F. Baracca Nervesa del Montello, is immersed in the green. From here through a path you can reach the impressive Ossario dei Caduti, viale degli Eroi.

Abbazia di S. Eustacchio, via A. Diaz, was heavily damaged and deliberately not rebuilt to witness the fierce fighting. Continuing toward Ciano del Montello, turning into Presa XV, via General Vaccari, following the signs to the Osservatorio del Re, or the King’s Observatory, where Vittorio Emanuele III saw the beginning of the last clash between the Italian and Austro-Hungarian army in October 1918.

On your trip to discover the Montello hill, you should make time to stop at the restaurant “Ai Pioppi”, via VIII Armata Nervesa della Battaglia 76, whose main attraction is the unreal low-tech amusement park forged in the woods by the skilful hands of the same owner for 40 years.

It’s highly recommended to book a free guided tour at the complex of Villa Sandi, via Erizzo, 112/B, Crocetta del Montello, tel. +390423665033, a Palladian style villa of the seventeenth century and now head office of the winery of the same name. In the underground passages dating back to WWI, the wines mature in a cellar like no other. The passages were discovered during restoration works, and are believed to lead straight to the bed of the Piave river. Villa Sandi in fact was used as a military base during the WWI.

L’Osteria della Vittoria, via della Vittoria 2, Volpago del Montello, +390423621968, on the slopes of the Montello hill offers some of the best local food, including both meat and fish dishes. In the summer time you may want to sit outside, but if so make sure to book one of the few tables. Antico Liberal, via Eligio Porcu 2 Selva del Montello, +390423620135, if it were up to the appearance of the building it would pass unnoticed, but the selection of the freshest ingredients combined with impeccable service turns out to be the best business card. Book since space is limited. Toni Forcheton, via Unione 1, Ciano del Montello, +39042384147, is a restaurant where the menu, punctuated by voice, proves to be a combination of tradition and genuineness. Listen and choose carefully, but make sure to leave some room for the best tiramisu’ ever.

Al Ciaro de Luna, via Traversi 27, Arcade, +390422774087, is a pizzeria in the park of Villa Zonca. Great as well as sometimes unusual combination of the freshest ingredients. In the summer you can sit under the grapes to the light of lanterns and candles. Pizzeria Da Lino, via Jacutinga 1, Covolo di Pederobba, +39042384206, has been for decades a local institution for a laid-back pizza and a craft beer (since no self-respecting italian will have wine with his pizza:-) night out with family and friends. Give a try to the pizza with porchetta. Unfortunately they do not take reservations, so you may have to queue a little while, but be patient (or try going for lunch), it will be worth it. Gelatomania, via Feltrina Centro 88, Montebelluna, +390423615237, offers the best homemade ice cream in the whole province, Michele makes it in a blend of the finest ingredients and highest passion.

Da Ostinati, via Emilio Bongioanni 78, Montebelluna, +390423300375, is ideal for  listening to live music on a warm summer night, as it is located on the side of the Montello and gives a good view on the plain. Al Sette, via Galileo Galilei 15, Montebelluna, +393478182085, for more than 30 years has been serving the best cocktails in the area. Do not miss the Wednesday Happy Hour with a rich buffet. If you have any doubt about your choice of cocktail, ask Alberto for some advice. The microbrewery Habemus, via Zecchinel, Montebelluna, offers great craft beers, cheese and cured meat boards, to be enjoyed with friends in a relaxed environment. 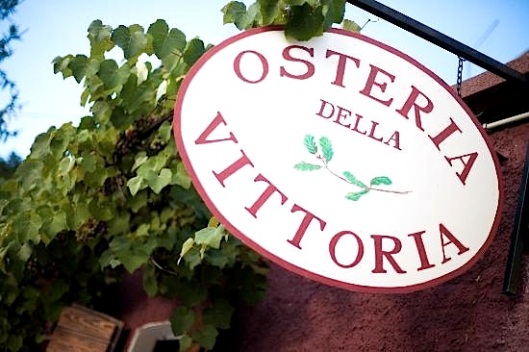 The Montello hill welcomes you with breathtaking landscapes, memorials of First World War  and a number of choices for outdoor activities, but also lots of places where you can stop and enjoy the Treviso cuisine.

At the foot of the Montello hill, on Presa XIV, the Tavern “da Fiaca” was a meeting place for the village of Venegazzu’. Here the pleople used to meet and play cards after the daily work or go to dance on Sundays.

I have been there several times, mostly in the winter season, with a crackling fireplace as a pleasant background to a true experience of the palate. Whereas the summer terrace will allow you to appreciate the fresh air that comes down from Montello .

It’s not the usual agritourisms on the Montello hill where the flavors seem to repeat  themselves without much imagination, but a real tavern where the combination between kindness and professionalism, will make you come back several times. 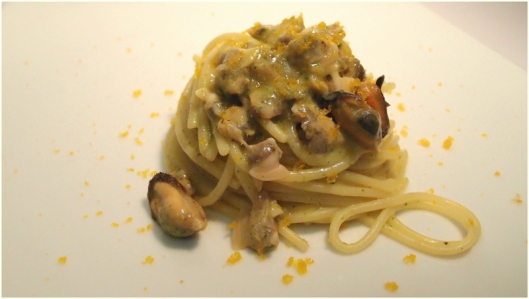